Philips Wouwerman [1] or Wouwermans is well-known for his of landscapes, in which horses very often occupy a prominent place; he also painted mythological and religious scenes. He was the eldest son of the painter Pouwels Joostensz. Wouwerman (c. 1580/85–1642) of Alkmaar; his two younger brothers, Pieter Wouwerman II (1623–82) and Jan Wouwerman (1629–66), were landscape painters. Of Pouwels’ work nothing is known. He was probably Philips’ first teacher; the 17th-century biographer Cornelis de Bie mentions that Philips was a pupil of Frans Hals I (1582/3–1666), but no trace of this can be found in documents or in his style; he may have spent some weeks in 1638–9 in the studio of the German history painter Evert Decker (?–1647) in Hamburg. In 1640 he joined the Guild of St Luke in Haarlem, of which he became a vinder (agent) in 1646. There is no evidence that he travelled to France and Italy, although such experience might be suggested by the many Southern elements in his landscapes.

Philips Wouwerman’s œuvre was considered by Hofstede de Groot to consist of more than a thousand paintings. Some of these were probably by his brothers, possibly made in his studio, and recently Schumacher brought the figure back to 574. Dated works by Wouwerman are known between 1639 and 1668. His early work is strongly influenced in style and Roman subject matter by Pieter van Laer (1599–1642), known as ‘il Bamboccio’, after whom the painters working in his style were called ‘Bamboccianti’. Van Laer lived in Haarlem c. 1639–42. According to his 18th-century biographer Houbraken, Wouwerman bought Van Laer’s drawings after his death. Around 1650 Wouwerman’s work became more colourful, and genre and landscape elements are mixed in his paintings. Because there are few dated pictures it is difficult to establish a chronology, but the different forms of his signatures offer some help. At Dulwich it is possible to see the development of his style across his whole career, from its outset in the 1640s (DPG77, DPG97) through the 1650s (DPG79, DPG67, DPG182, DPG92, and DPG78) and the 1660s (DPG91). Wouwerman painted the figures in landscapes by Jacob van Ruisdael (1628/9–82), Jan Wijnants (1632–84) and Cornelis Gerritsz. Decker (1610–78).

Alongside his two brothers Philips Wouwerman had several pupils, among whom the best known are Emanuel Murant (1622–c. 1700) and Barent Gael (1630/35–98). He also had many followers, most notably Adriaen van de Velde (1636–72). Wouwerman was extremely popular in the 18th and early 19th centuries. Hunting scenes in particular were enthusiastically sought after by aristocratic collectors in France and Germany, and as a consequence his work is found in museums of which the collections were assembled during that period, such as Dresden, St Petersburg, and the Mauritshuis in The Hague; the archducal collection at Kassel, formed in the mid-18th century, contains more than thirty paintings by Wouwerman. Many prints were made after Wouwerman’s pictures: the French printmaker Jean Moyreau (1690–1762), for instance, published a first edition of 89, and then a second edition of 100, mostly in aristocratic French collections,1 of which two depict Dulwich pictures (no. 26 is DPG92, Le colombier du mareschal, and no. 38 is DPG78, La petite chasse à l’oyseau). The title page of the 1737 edition shows characteristic images: on the left a horse in profile drinking at a fountain, on the right a woman on a horse, seen from the back, and in the middle a man asleep under an umbrella (a very 18th-century motif!) and a portrait of the painter himself [2]. Wouwerman also influenced 18th-century French painters, including Jean Antoine Watteau (1684–1721). 2

In Desenfans’ 1802 sale there were seven pictures by Wouwerman, of which only two can now be identified in the Dulwich collection. According to both the Evening Mail inventory of 1790–91 and the list of ‘Pictures to be sold’ of the early 1790s the Desenfans/Bourgeois house had a ‘Wouwerman’s Room’ with eight pictures; three pictures by him appear in the 1804 Insurance list, which means that they were considered to be of high value. In 1813 in the Bourgeois house there were twelve pictures called ‘Wouvermans’. Two more pictures in the Dulwich collection had Wouwerman connections. The portrait by Rembrandt (1606/7–69) now thought to be possibly a portrait of his son Titus (DPG221) was believed to depict Philips Wouwerman; and a landscape now attributed to Roelof Jansz. van Vries (1630/31–after 1681; DPG7) was said by Wijnants to have figures by Wouwerman. Keeper Ralph Cockburn (1779–1820) chose no fewer than five Wouwerman pictures for his series of aquatint reproductions of the Dulwich collection (DPG97, DPG182, DPG92, DPG78 and DPG193). Several of the Dulwich Wouwerman pictures were chosen by the Royal Academy to be copied by its pupils, in both the 19th and the 20th centuries,3 and one was chosen to be discussed in the Penny Magazine in 1841 (DPG182).

Philips Wouwerman fell from favour from the mid-19th century on, but there has recently been a revival of interest in his work. 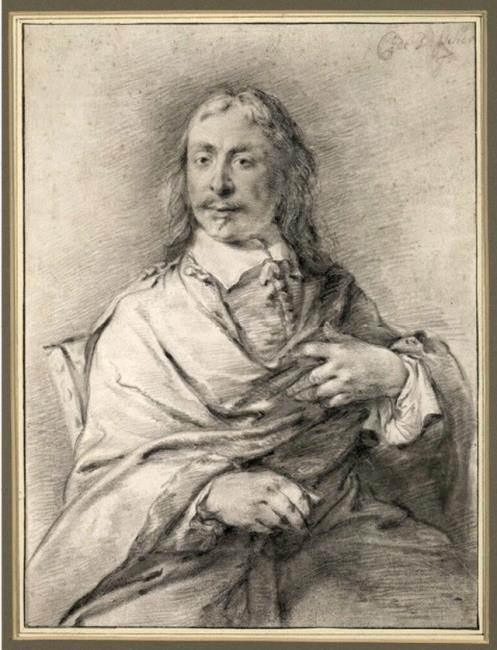 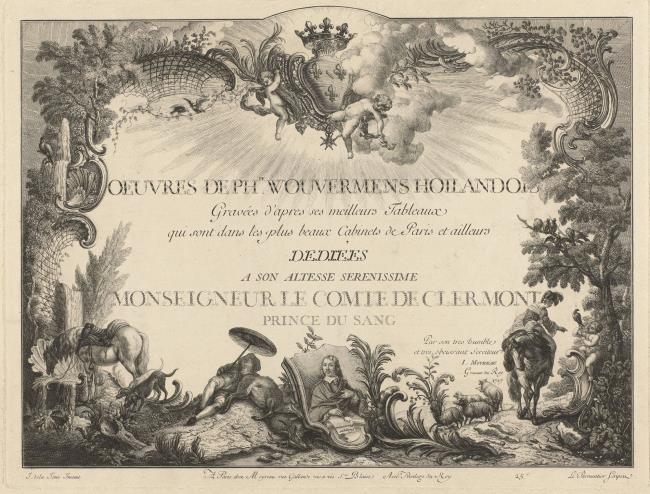