Not much is known about Jochem de Vries, who was around 1600 born in the Frisian city Sneek. Where he studied is unknown; in 1628 he is registered as a master in the Guild of St Luke in Delft. In that city he worked until his death. He only seems to have painted seascapes. His paintings are sometimes also credited to Justus de Verwer (c. 1625–89), another painter of marines, who lived in Amsterdam.1

TECHNICAL NOTES
Oak panel consisting of two uneven members with horizontal grain, bevelled on the verso edges. There is an old horizontal break all the way across the panel, and an unstable crack in the bottom left corner. The panel is bowing slightly towards the larger joined crack. On the reverse of the panel there is an undeciphered monogram. The wood grain shows through in the sky, where the paint film is a little thin. The rigging also appears thin and abraded. The varnish has a greyish tint. Previous recorded treatment: 1952–5, Dr Hell.

Four ships are at, or approaching, harbour in choppy weather. That on the left, called a pinnace, is shown at port broadside, its sails down, tethered to the quay. The ship in the centre, a barge, is shown from astern and bearing to starboard;8 on the port side a sailor is in the rigging. The two ships in the middle ground are seen from forward and port astern respectively. In the left foreground a bucket is floating.

The work is simply painted, and its most significant features are the stylized wave patterns and the seagulls silhouetted against them. It is difficult to establish the artist. In 1997 Fred Meijer considered that it was close to the style of Justus de Verwer; he was probably thinking of pictures like Related works, nos 3 and 4 [2-3]. Beresford, however, thought it too crude to be attributed even to Justus’s studio.9 It should be noted that there are also similarities to the work of his father, Abraham de Verwer (c. 1580/85–1650),10 for instance a marine painting in the (British) Government Art Collection (Related works, no. 2). Recently Laurens Schoemaker attributed the picture to Jochem de Vries, another relatively unknown painter of seascapes, see for instance Related works, no. 5 [4].

The picture has traditionally been considered part of the Bourgeois Bequest, but it is not identifiable in Britton’s 1813 inventory, nor is it mentioned in the catalogues before 1876, so it could well have had a different provenance (several pictures were given or left to Dulwich College during the 19th century). 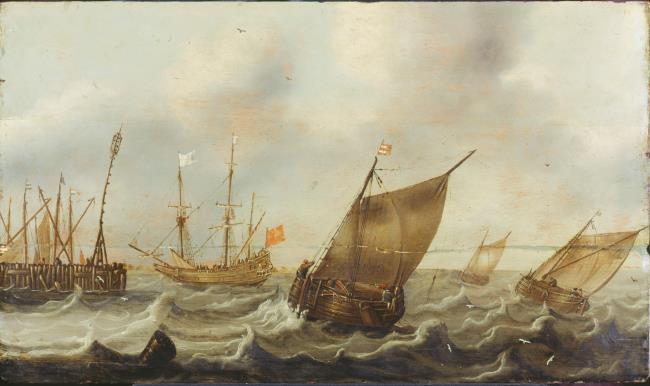 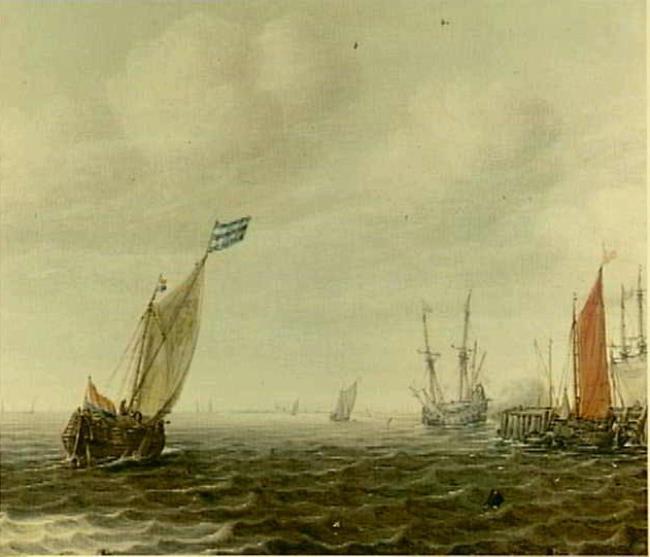 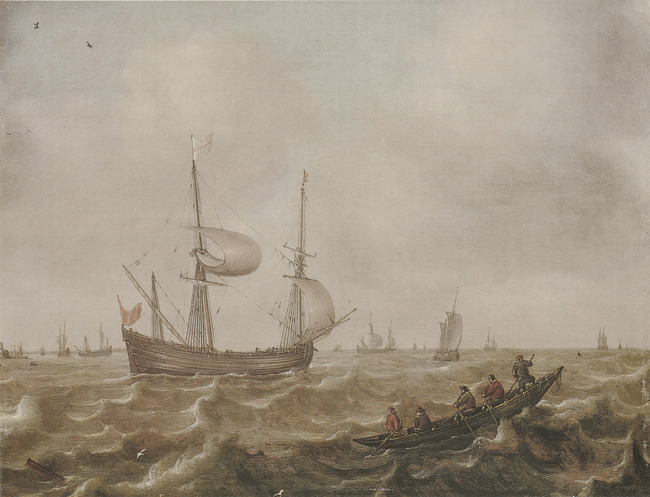 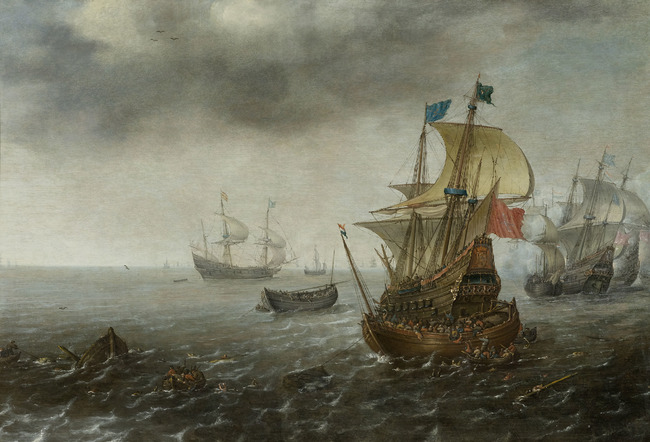 8 ‘Pinnace’ and ‘barge’ are terms suggested in emails from Remmelt Daalder to Ellinoor Bergvelt, 28 March and 9 April 2018 (DPG472 file), for which many thanks.

9 For Meijer and Beresford see above, note 2.