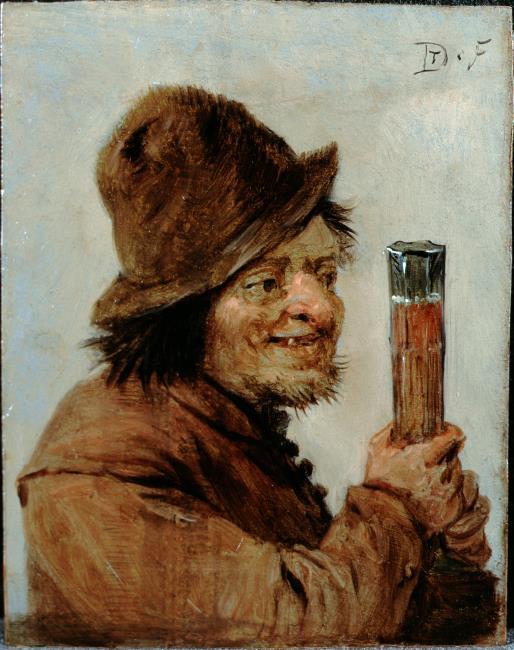 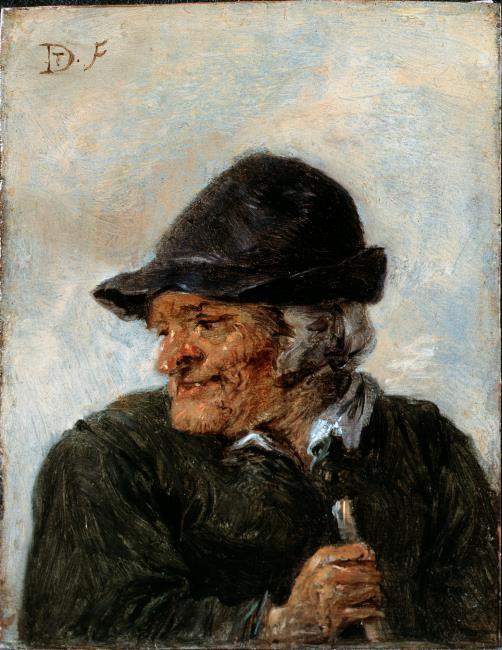 TECHNICAL NOTES
DPG106 – A Peasant holding a Glass
The copper panel has undulations from hand-beaten preparation. Grey ground layer. The paint layer is generally in good condition, with some minor scrapes and a few small retouchings. There are some small chipped paint losses at the bottom centre. Previous recorded treatment: 1949–53, conserved, Dr Hell; 2006, cleaned and restored, N. Ryder.
DPG110 – A Peasant
The support of this painting is a slightly bumpy copper panel, with an illegible inscription on the reverse. The condition of the paint film is very good, although there is a little thinness in the half-tones. There are a few small retouchings, including what appears to be an old, slightly raised restoration above the peasant’s hat. The paint at the panel edges bears a few minor damages: there are some small chipped losses to the top left and bottom right corners. On top of the paint layers there is a natural resin varnish, which appears darkest and most discoloured where it has been hidden under the frame rebate; this indicates, possibly, that at some point the work was cleaned while still in its frame. Previous recorded treatment: 1953, conserved, Dr Hell; 2006, cleaned and restored, N. Ryder.

Both pictures were originally attributed to David Teniers I; Denning in 1858 gave them to David Teniers II; from 1880 to 1980 they were reattributed to the elder Teniers; in 1980 Murray assigned them again to David Teniers II. It seems likely that they were painted some time in the 1640s. The earliest record of this kind of small tronie – a face or figure painting (see under DPG628, ‘Rembrandt’) – on metal is in an Antwerp probate inventory of 1640, where some after Teniers are mentioned, significantly, with some after Adriaen Brouwer:13 the works of the two artists were seen as closely related.

The function of these paintings is unclear. Such small pictures may have been collectables, and intended for a cabinet of curiosities. 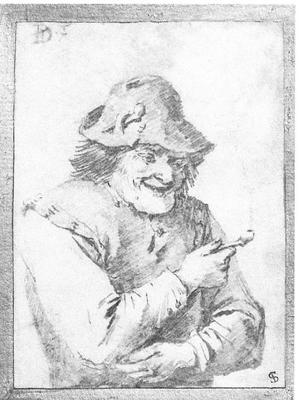 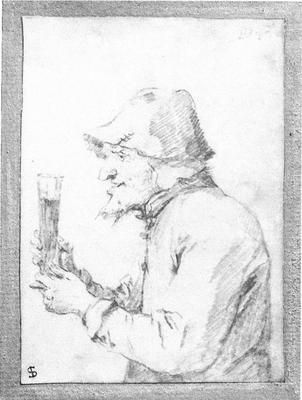 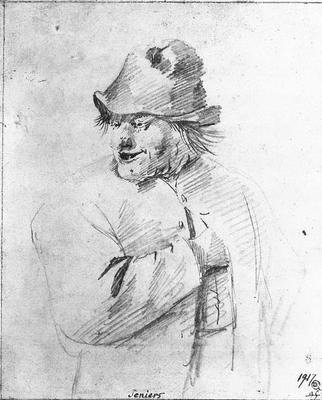 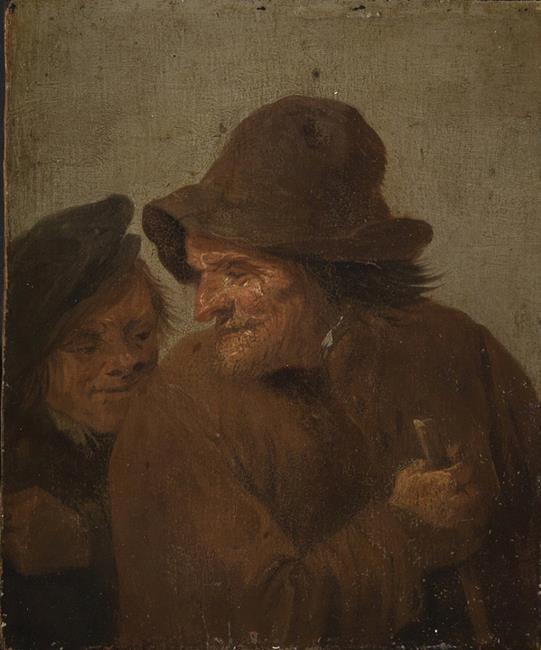 1 ‘David Teniers the younger. Head of a Man. A miniature in oil, on copper, of excessive delicacy of finish and strength of character.’