Rembrandt [1, 5] or Rembrandt Harmensz. van Rijn was born in Leiden, the son of a mill owner. He was educated at Leiden’s Latin school and registered at its university in 1620, but instead in the same year he became a student of the Leiden history painter Jacob van Swanenburgh (1571–1638). It was recently discovered, however, that Rembrandt re-enrolled at Leiden university in 1622: he had apparently not said goodbye to university education, even though he was an apprentice painter with Swanenburgh.1 In 1624 he moved to Amsterdam and became apprenticed to Pieter Lastman (1583–1633), who painted colourful religious and mythological scenes with many figures on a relatively small scale, and was strongly influenced by him. In 1625 he returned to Leiden, where Gerard Dou (1613–75) became his first pupil in 1628. In addition to history painting, he now began to experiment with etching, producing small images of his own features expressing the human passions.

Probably in 1631 Rembrandt started working for the art dealer Hendrick Uylenburgh (1587–1661) in Amsterdam (he was to do that until 1635),2 but for some time he kept his Leiden studio.3 In Amsterdam in 1632 he painted the ambitious life-size Anatomy Lesson of Dr Nicolaes Tulp (Mauritshuis, The Hague), a group portrait of Amsterdam chirurgijns (surgeons) watching the dissecting of a body (see also under DPG99, Related works, no. 5) [2]. 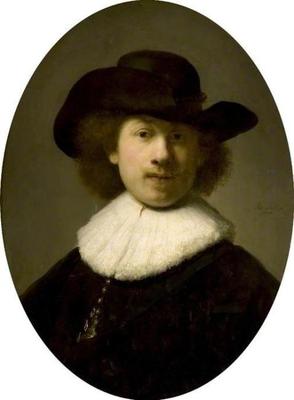 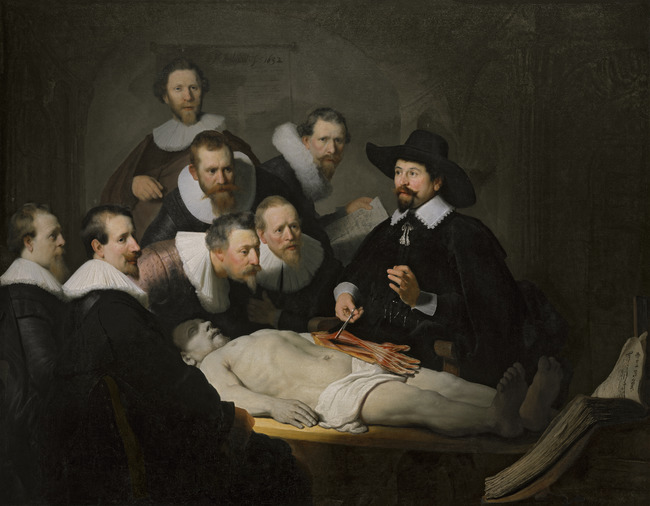 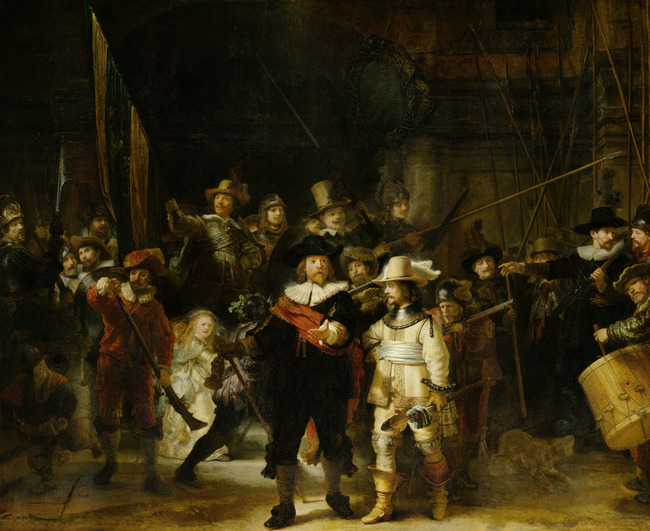 It rapidly brought him numerous commissions for portraits and history paintings on a large scale, leading him to establish a substantial workshop (after 1635, when he had left the Uylenburgh studio) that included Govert Flinck (1615–60), Ferdinand Bol (1616–80) and Gerbrand van den Eeckhout (1621–74).4 Through the mediation of Constantijn Huygens I (1596–1687), secretary to Stadholder Frederik Hendrik, Prince of Orange (1584–1647) and a connoisseur, Rembrandt received several commissions from the Stadholder and his wife, Amalia van Solms-Braunfels (1602–75), including a Passion series (1633–46; now in Munich). Already by 1632 Rembrandt had started to receive fairly large sums for his pictures, and in his Self-Portrait as a Burgher in Glasgow (see also under DPG99, Related works, no. 2) [1] he presented himself in the same type of clothing as that worn in his portraits of them by Constantijn Huygens’ brother Maurits Huygens (1595–1642) and by Jacques de Gheyn III (1596–1641), both members of the elite in the Netherlands.5

In 1634 Rembrandt married Uylenburgh’s niece, Saskia (1612–42).6 The couple had four children, of whom only Titus (1641–68) reached adulthood.7 Several drawings and paintings of the family survive, and Rembrandt maintained his life-long fascination with his own image. Prosperous, he bought a large house (now the Rembrandt House Museum) which he filled with a rich collection of paintings, prints, ethnographic artificialia (artifacts) and naturalia such as shells and animals. He used his collection both as an inspiration for his art and to enhance his status (a virtuoso gentleman was supposed to have a collection).8 In 1642 he received another prestigious commission, to paint The Nightwatch or The Militia Company of Frans Banning Cocq (City of Amsterdam, on loan to the Rijksmuseum) [3], which resulted in one of his most radical compositions. Instead of depicting the men in static rows or seated at a banquet, as was usual for militia companies, Rembrandt chose to present the group in action, playing with light and dark and foreshortening in such a way that the two most important men seem to step out into the space of the viewer.

In 1642 Saskia died, and Rembrandt formed a relationship with Hendrickje Stoffels (1626–63). From about 1640 he produced portraits, landscapes, and intricate engravings such as the Hundred Guilder Print [4]. After the 1640s his career began to wane. His large-scale paintings of the 1650s and 1660s, with their bold strokes somewhat similar to late Titian (c. 1488/90–1576) of a century earlier, were increasingly at odds with a growing fashion for smoothly painted, formal and classically composed pictures. Although he was still receiving commissions, in 1656 Rembrandt went bankrupt and was forced to sell his house and much of its contents.9 The inventory made at the time gives us an overview of his possessions. His collections in particular give an insight into his interests: there were many Italian, French and older Netherlandish prints, used by Rembrandt as inspiration, and objects that he sometimes depicted in his paintings, drawings and prints.10 (The inventory was used to recreate the rooms in the Rembrandt House Museum.) The most famous borrowing can be seen in Rembrandt’s Self-Portrait at the age of Thirty-four of 1640 [5], for which he had looked very carefully at both Titian’s so-called Portrait of Ariosto (recently identified as Gerolamo (?) Barbarigo), now in London [6], and at the Portrait of Baldassare Castiglione by Raphael (1483–1520), now in the Louvre [7]. Both pictures were at the time in the Amsterdam collection of Lucas van Uffelen (1586–1638); in 1639 that was at auction, and Rembrandt made a drawing after the portrait by Raphael [8].11

After the bankruptcy his son Titus and Hendrickje formed a company to employ him, as a means of protecting him from his creditors. Hendrickje died in 1663 and Titus in 1668. Rembrandt died in 1669, and was buried in the Westerkerk.

Rembrandt was the artist of the Dutch Golden Age. His prints especially made him one of the most famous artists of the time. While Peter Paul Rubens (1577–1640), Anthony van Dyck (1599–1641) and other artists used prints to spread knowledge of their compositions, Rembrandt was what is called a peintre-graveur (painter-engraver), an artist whose prints are themselves original creations, in contrast to those of the reproductive printmaker. But his paintings too were sought all over Europe. Cosimo III de’ Medici (1642–1723) wanted to have a self-portrait by Rembrandt for his collection of self-portraits in the Uffizi in Florence, and a Sicilian nobleman, Antonio Ruffo (1610/11–78), commissioned several paintings from him between 1652 and 1663.12 Rembrandt had many pupils and followers during his lifetime.

In the 18th and 19th centuries artists too became very much interested in his work: they copied, imitated, and were inspired by Rembrandt. In recent years exhibitions and books have considered Rembrandt’s influence in England, Germany and France.13 Sir Joshua Reynolds (1723–92), standing in a long theoretical tradition, criticized Rembrandt for his lack of a correct sense of ‘design’ (Roger de Piles’ dessein) and decorum, but his own works, for instance his Self-Portrait of c. 1780 (Royal Academy, London) [9], make it clear that he was influenced by Rembrandt’s paintings, especially his use of chiaroscuro.

Among artists noted for their prints, Albrecht Dürer (1471–1528) and Lucas van Leyden (1494–1533) had long been famous, but the first catalogue raisonné of an artist’s graphic work was that devoted to Rembrandt, by the famous Parisian expert Edmé-François Gersaint (1694–1750): his œuvre catalogue of the etchings was published posthumously in 1751.14 An 18th-century private collection and a 19th- or 20th-century national museum had to include at least one picture by Rembrandt, and preferably more, to give an overview of his stylistic development.

The number of paintings attributed to Rembrandt has varied widely. John Smith in 1836 (vol. vii) cited 620, and added another 32 in his last volume, making 632. Abraham Bredius in 1935 included 630 pictures. Scholars now agree more or less on a total of some 250–300 pictures, although they are seldom unanimous.15 There are about as many etchings, and some 2,000 drawings. The Rembrandt Research Project, established in 1968 to determine a core of ‘authentic’ Rembrandt paintings, and to reduce the many Bredius numbers, finished in 2015, after having published six volumes of the Corpus of Rembrandt Paintings since 1982. Initially they planned to eliminate the supposed many 19th-century copies, by technical research and by viewing the pictures as a team. It turned out, however, that there were not so many 19th-century copies: there were more 17th-century pictures which were not entirely in Rembrandt’s hand. Moreover, technical research appeared not to be the answer to questions of attribution. In the end they revised their view on authenticity in the context of what happened in the Rembrandt workshop – Rembrandt is known to have had more than fifty pupils – and what is a principael (prime version – a picture that is painted by the master himself). When they started, their ideas had been coloured by 19th- and 20th-century ideas of the artist as a genius working on his own (as was the case with the Rubens Corpus). In the end the project was taken over by Ernst van de Wetering, previously a member of the group; he was in charge of the last three volumes.16

We can follow the Rembrandts in the Desenfans stock/collection from the first inventory of 340 pictures published in the Evening Mail in 1790–91.17 The first instalment mentions among eighteen pictures in the ‘Anti’ Room two works by Rembrandt: A Burgomaster (which might be DPG99) and a Young man on the flute (sic).18 From about the same period, early 1790s, is the List of pictures to be sold, with 370 lots, among which the following were considered to be Rembrandts: no. 144, Tobit & his family (valued at 130 gs); no. 161, A Philosopher (40 gs); no. 311, Woman sewing (10 gs); and no. 354, Stealing of the blessing (100 gs), the last of which might be DPG214 (Gerrit Willemz. Horst).19 The low prices show that these pictures were not considered to be important Rembrandts (if Rembrandts at all). In the catalogue that was made for the so-called ‘Polish’ sale in 1802 we find only one ‘Rembrandt’, Jacob’s Dream (DPG126), now considered to be by Arent de Gelder.20 In the list made on 6 July 1804 of the selection of 124 pictures to be insured against fire only Rembrandt’s Girl (DPG163) is mentioned, under no. 88 (£500) – at the time the price of a genuine and important Rembrandt.21

At the time of the Bourgeois bequest in 1811 there were, according to the inventory made by Britton in 1813, thought to be 5 pictures by Rembrandt among 369 entries. Two of those are now attributed to Gerrit Willemz. Horst (DPG214) and Arent de Gelder (DPG126). In both cases a false Rembrandt signature had been painted over the real signature: a work by the master was much more valuable than one by a follower (Horst) or by his last pupil (De Gelder). When we know that, it is perhaps somewhat more understandable that Gustav Waagen (1797–1868), the German art historian and director of the Altes Museum in Berlin, wrote of the Dulwich collection in 1854: ‘Among the pictures which bear the name of Rembrandt there are some good works of his school, but none by his own hand.’22 The quality of DPG221, the so-called Titus, is indeed debatable, but it is not so understandable why Waagen missed two masterpieces: the portrait of Jacques de Gheyn of 1632 (DPG99) and the Girl at a Window of 1645 (DPG163).

With many thanks to Michiel Franken and Jeroen Giltaij. 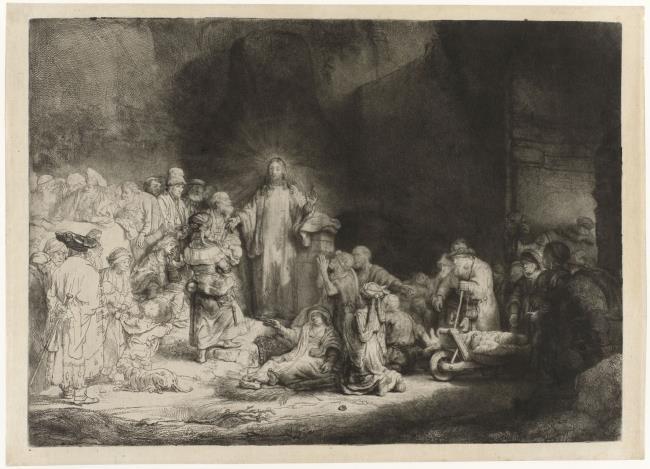 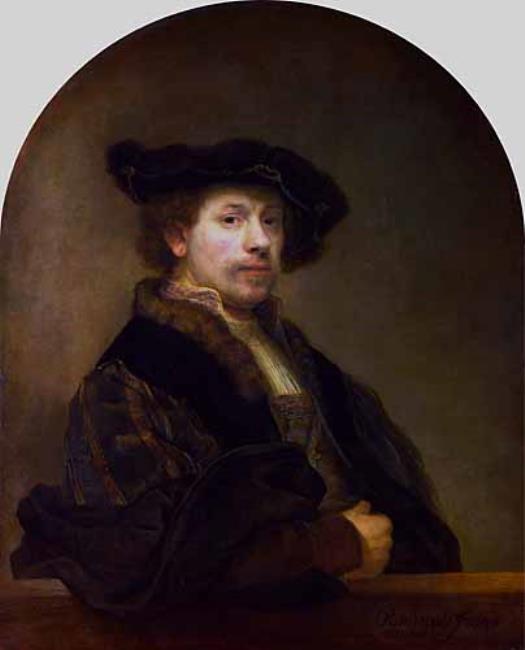 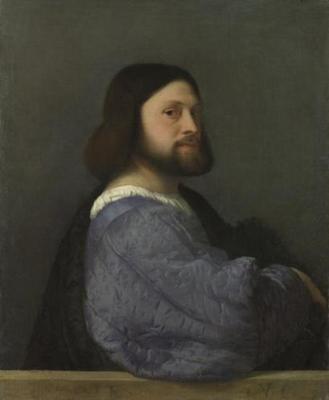 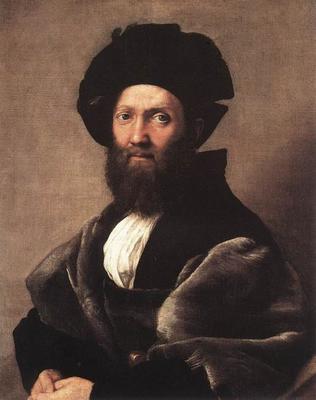 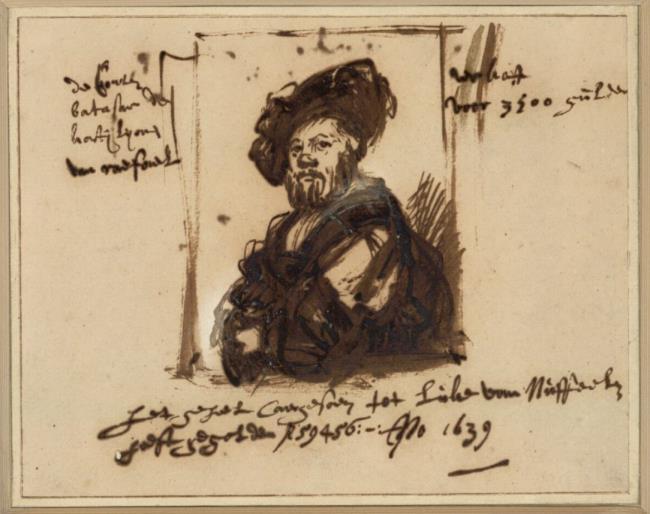 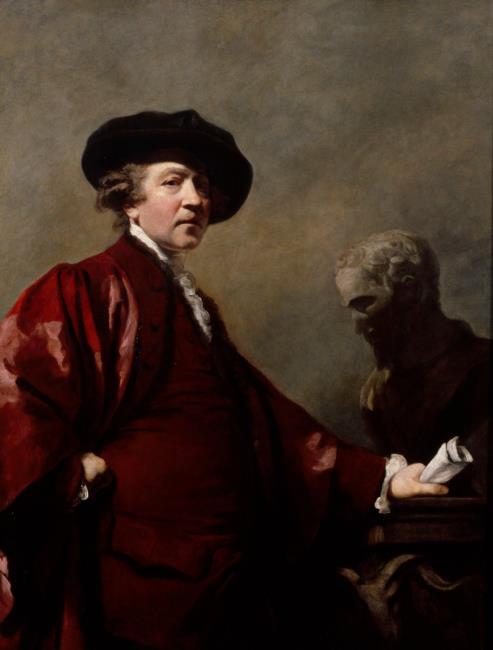 6 According to Marieke de Winkel other artists at the time also depicted themselves in fashionable and fairly opulent dress. The question is whether this was the actual situation or they wanted to convey a more flattering image of themselves. De Winkel 2006, p. 144; De Winkel 2005, p. 47.

10 For a new interpretation of Rembrandt’s financial situation see Bosman 2019.

16 For the 1995 exhibition in the MMA, New York, it was necessary to make two volumes (albeit in a single slipcase), presenting different views. See Sonnenburg 1995 and Liedtke 1995.

18 Desenfans offered 43 Rembrandts at auctions and private sales, according to GPID (June 23, 2020). Some paintings were offered again and again: (Jacob) Stealing the Blessing came up 11 times (if it is always the same painting); it is now considered to be by Arent van Gelder (DPG214). See also under DPG99, note 4, for the possible appearance of DPG99 in Desenfans’ auctions and private sales.

23 Waagen 1854, ii, p. 342. Thoré-Bürger in 1860 however recognized the Girl at a Window as a superb masterpiece but considered all the others (including the portrait of De Gheyn) as not by the master: see also under DPG99, note 25.