TECHNICAL NOTES
Three-member oak panel, with horizontal grain. The paint is thinly applied. The panel has a slight warp and a large split in the central member has been repaired. There are some chips along the right edge and many discoloured retouchings. The varnish is yellowed and very shiny. Previous recorded treatment: 1952–5, Dr. Hell. 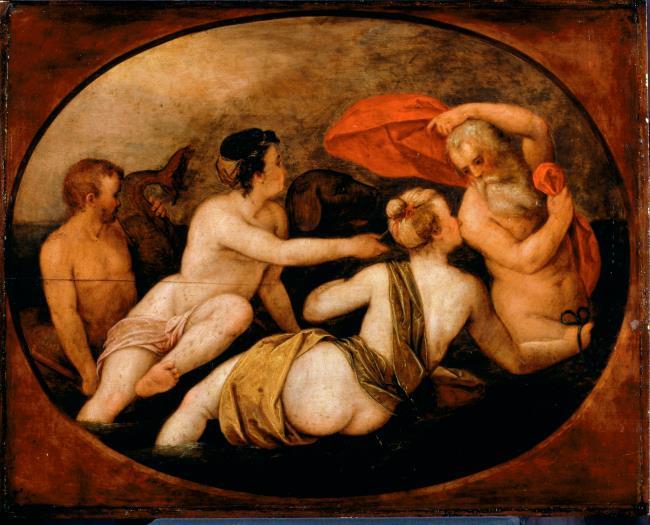 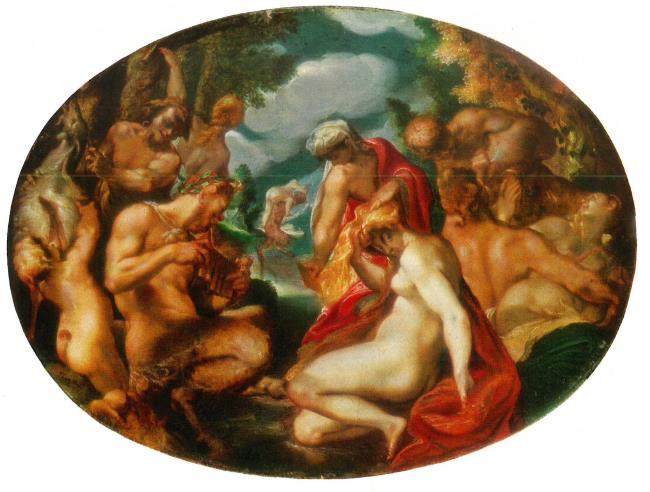 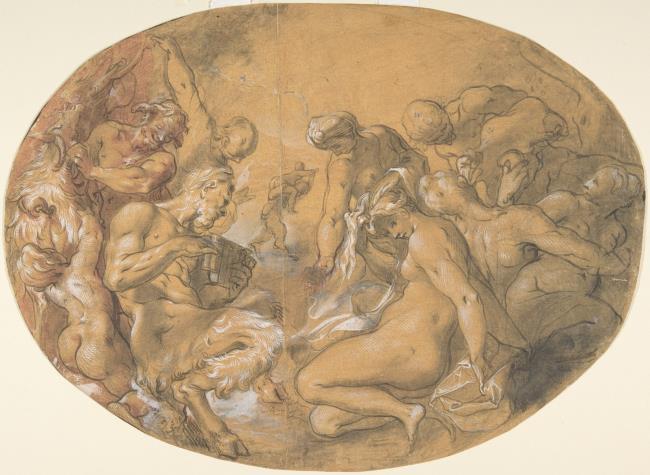 DPG353, formerly listed as a work painted in the manner of Frans Floris I (1515/20–70), was probably made in Prague or by an artist who had worked there, c. 1600. The style and the oval format recall the compositions by Joseph Heintz I (1564–1609) (Related works, nos 1a, 1b) [1-2]. It seems likely that the picture is a copy of a work so far unknown, the figures fitting uneasily into the elliptical format that the copyist has adopted.

The subject is an unidentified mythological scene. Reading from the left, the painting depicts Triton holding what seems to be the tail of a large fish, two female nudes (perhaps Nereids) separated by the head of a dog, and an old man holding flying red drapery. The inclusion of the dog would suggest that some specific incident was intended, although whether at sea or in a river is unclear. It is presumably significant that one of the female nudes holds what appear to be reins (although it is only one line, and it doesn’t continue to the right); it is unclear whether the old man is intended to be Neptune, as he does not hold a trident. Cartwright himself did not know what the subject of the picture was, as shown by his description of it in his inventory.