Juriaen Pool II was the son of Jurriaan Pool I (c. 1618–69), who came from Schweinitz in Saxony-Anhalt (Germany) and worked in Amsterdam as a medallist and silversmith. Both the younger Juriaen’s parents died when he was only three, and he entered the Amsterdam orphanage, where he was eventually able to train to become a portrait painter. He first worked in Amsterdam, then moved to The Hague in 1709. He married Rachel Ruysch (1664–1750), one of the most famous Dutch flower painters, and they were both in the service of the Elector Palatine Johann Wilhelm von der Pfalz (1658–1716) in Düsseldorf from 1703 to 1713 [1].1 From 1716 they lived in Amsterdam. 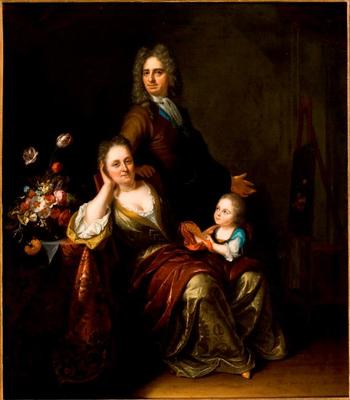 Circle of Juriaen Pool II
DPG501 –Head of a Woman

PROVENANCE
At Dulwich College by 1890.

TECHNICAL NOTES
Plain-weave linen canvas. Thick reddish ground preparation. Glue-paste lined. Fine all-over craquelure (predominantly grid-pattern) with some slight blistering and tenting with vulnerable areas of incipient flaking. The weave of the original canvas is quite noticeable on the picture surface. There is some damage with very disfiguring darkened retouching obscuring the mouth, nostrils and proper right side of the woman’s neck. Blister losses in the hair, shoulder, and background have been retouched without being filled. Much of the background has been repainted and appears darkened. The varnish is very discoloured and yellow. Previous recorded treatment: 1988, examined, Courtauld Institute of Art by S. Collins.

The authorship of this portrait is uncertain. Rudi Ekkart suggested its resemblance to the style of Juriaen Pool II in an oral communication to Richard Beresford in 1997, and provisionally dated it to the first half of the 1690s, which seems reasonable on the basis of the costume. The reason for the attribution is probably its similarity to the portrait Pool made of his mother-in-law some ten to twenty years later (Related works, no. 1) [2]. However the only picture by Juriaen Pool in the UK seems to be of much higher quality (Related works, no. 2) [3].

How and why the picture came to be in Dulwich is unknown. It was presumably bequeathed to the College before 1890, but no documentation has been found. 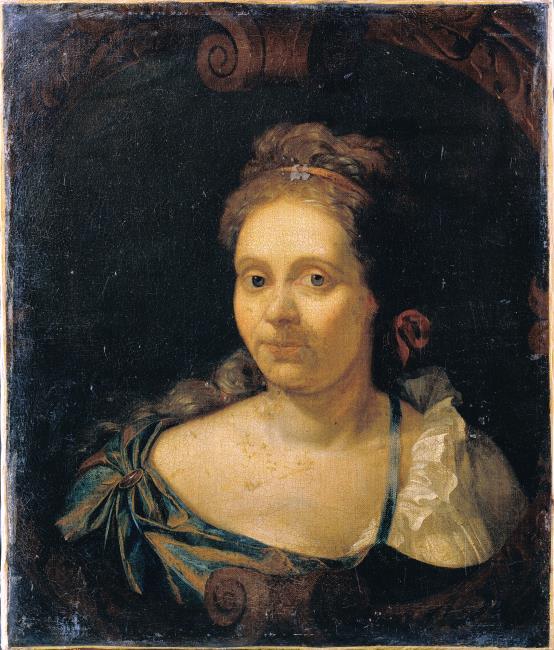 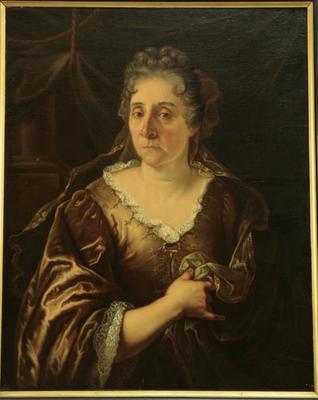 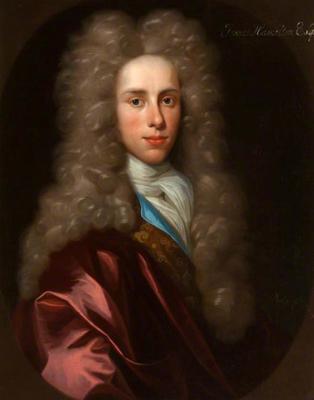