Balthasar Paul Ommeganck [1] was a pupil of the animal painter Henricus Josephus Antonissen (1737–94). He studied drawing at the Antwerp Academy before entering the painters’ guild in 1767. In 1773 he sided with the traditionalists in the debate with the Neo-Classicists about the future of Flemish painting, and helped to found what was to be the Antwerp Royal Society for the Encouragement of Fine Arts in 1788, eventually becoming its vice-president. In 1789 he was elected dean of the painters’ guild, and in 1796 he was appointed professor at the Antwerp Academy. He exhibited frequently in the Paris salons after 1799 and received many other accolades during his lifetime.

Extremely productive, Ommeganck managed to combine the traditional light of the Dutch Italianates with the landscapes of the Ardennes, uniting realism and idealized nature for the first time in Flemish art. It seems striking that someone from the Southern Netherlands was so inspired by the painters of the Northern Golden Age, especially Aelbert Cuyp (1620–91) and Paulus Potter (1625–54); however painters everywhere in Europe from c. 1750 to 1900 were influenced by the Dutch 17th century.

In 1815 the Northern and Southern Netherlands were united under Willem I (1772–1843), the first king of the House of Orange. Ommeganck was a member of the committee sent to Paris to repatriate the Antwerp paintings that the French armies had taken to the Louvre in 1794. In 1816 he was appointed a member of the Royal Institute of Arts and Sciences of the Netherlands in Amsterdam, for which he wrote two treatises.1 In 1830, four years after his death, the Southern Netherlands became independent as Belgium. 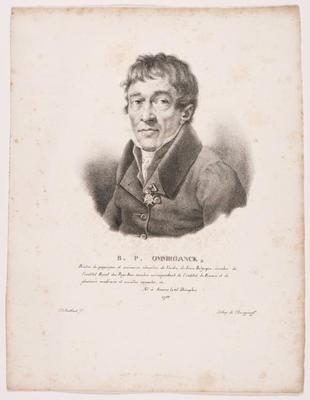 TECHNICAL NOTES
Single-member oak panel with horizontal grain. The ground is white. The painting has a severe convex warp. There are two seals on the reverse of the panel. There are some chips along the bottom edge and on the corners. There is a network of drying cracks all over the paint surface; the cracks are slightly open, exposing the ground, which was particularly disruptive in the dark passages, for example on the bull and in parts of the landscape. These were reduced during retouching. Previous recorded treatment: 1953, conserved, Dr Hell; 2005, cleaned and retouched, N. Ryder 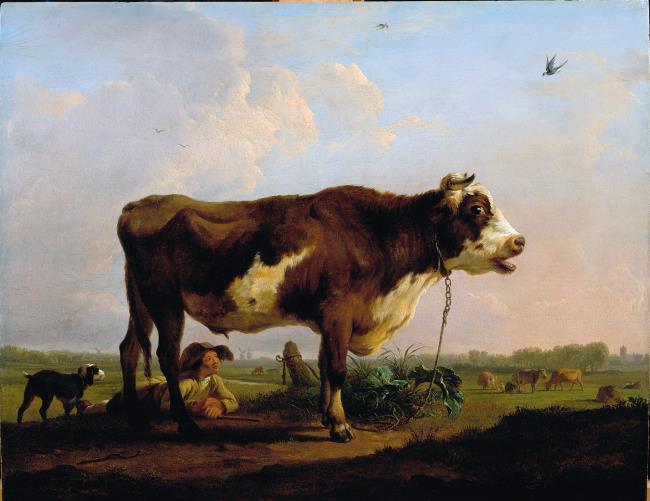 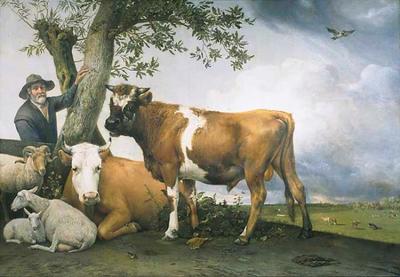 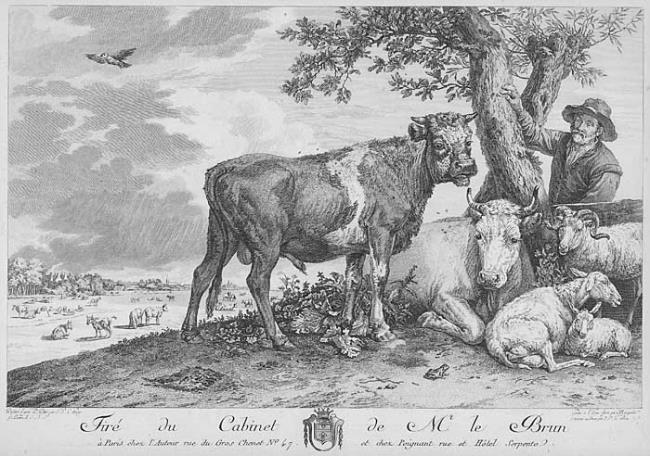 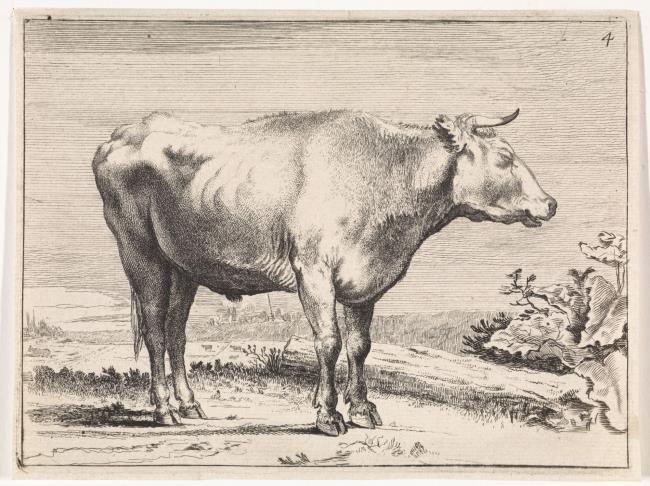 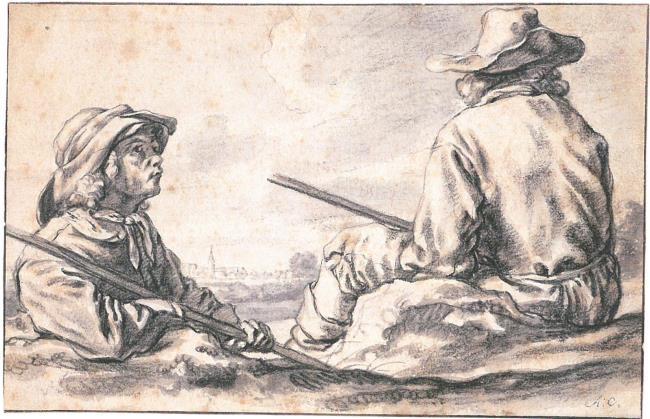 The picture shows an ox standing in profile to the right, silhouetted against the sky in a Dutch landscape with appealing warm lighting. As Mrs Jameson commented, in his best pictures Ommeganck emulated Paulus Potter. When Ommeganck was in Paris in 1815 he could have seen again Potter’s more than life-size Young Bull, the most famous of the Stadholder’s pictures (Related works, no. 1a) [2], which like the Antwerp paintings had been taken by the French from the collection of the former Stadholder. The picture would in any case have been known to him through the many prints made after it (such as Related works, no. 1b) [3]. He could also have been inspired by prints after other designs by Potter. An ox in the Bullenboekje (Related works, no. 1c) [4] is also seen in profile, standing in a river landscape, with similar plants; but the animal is much skinnier, and the position of the legs is different. The small panel format is usual with Ommeganck, but DPG145 belongs to a tradition of pictures of prize oxen, often depicted with their owners or attendants, which are frequently almost life-size (Related works, no. 5). Comparison with his few dated pictures makes it likely that it was painted in the 1780s (see e.g. Related works, no. 3) [7].

What Mrs Jameson did not note is that the cowherds lying in the meadow are clearly inspired by Aelbert Cuyp (Related works, no. 2a; [5] see also Cuyp, DPG128), just as Jacob van Strij was in a drawing in Frankfurt (Related works, no. 4) [8]. For the leaves in the foreground Ommeganck might have looked at pictures by Pijnacker (e.g. DPG86) or drawings by Cuyp (Related works, no. 2b) [6]. Ommeganck’s picture is a typical example of a general European trend at the end of the 18th century: like so many contemporaries he took inspiration from works by his Northern predecessors. The Dutch were considered the masters of European landscape (albeit that at the time landscape was regarded as one of the lowest genres in the hierarchy of art).

Peter Murray thought An Ox was one of ‘Two Small Cattle Pieces’ by Ommeganck offered for sale by Desenfans in May 1785.13 That is not very likely, however, as it is first recorded in London in the European Museum in 1801. It seems to have attracted little attention, featuring in subsequent sales in 1803. It was probably acquired there by Desenfans and Bourgeois. Why it was purchased is not clear. Did they realize that the picture was painted by a contemporary artist? That would have opened the door to a much wider range of modern Dutch and Flemish artists working in the style of the 17th century. Or did they think it was a 17th-century painting? Or could Bourgeois simply not resist another picture with cattle? 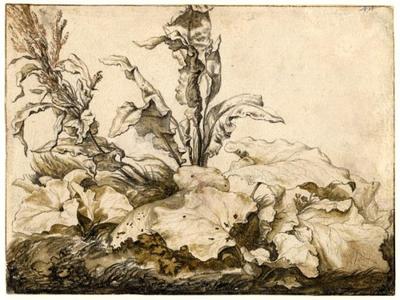 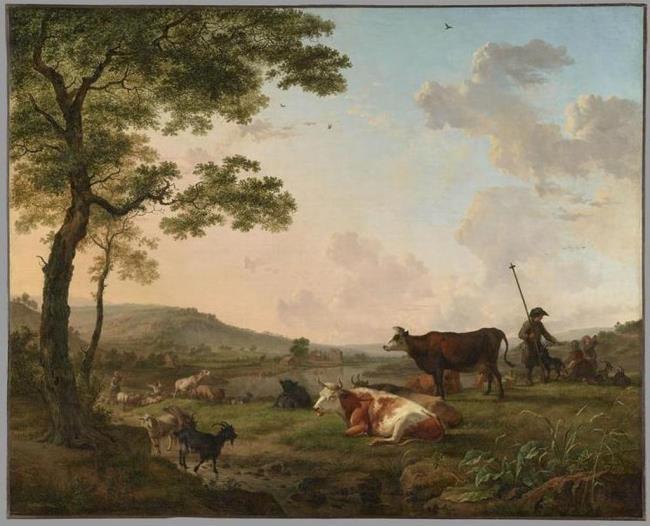 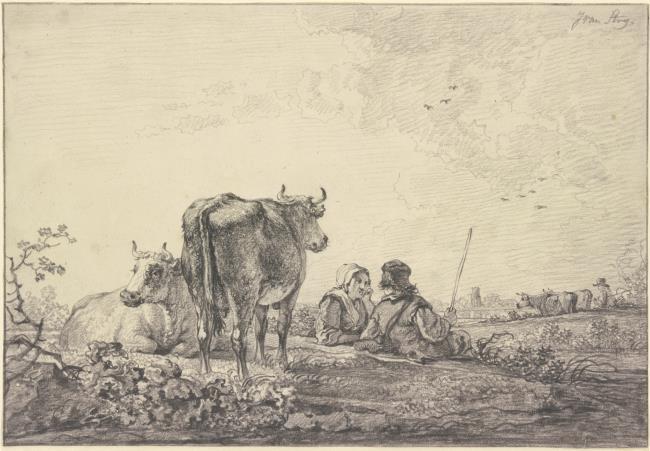 3 ‘Ommeganck is a modern Dutch cattle-painter, who in his best pictures has emulated Paul Potter.’

4 ‘Clear and cool in tone, the colouring dry.’