TECHNICAL NOTES
Three-member Eastern Baltic oak panel; dendrochronology gave a terminus post quem of c. 1631. Buff ground. Fluent, bravura brushwork, areas of the hair incised with brush handle. The panel slopes inwards on the right-hand side. There is evidence of past woodworm infestation, relating to a crack on the front. At some point the panel was thinned and fitted with a cradle on the reverse. By the early 20th century the crack that had developed was serious and size was poured into the crack in 1927 to deal with this. The crack was ‘touched out’ by ‘J. W. G.’ in 1930 and the panel restored in 1952–5 by Dr Hell. It was cleaned and restored in 1989–96. As part of this treatment, it was examined in 1993 by Melanie Caldwell, Courtauld Institute of Art: the cradle was removed, the split re-joined, lost wood replaced, filled and in-painted. The back bears the remains of an old paper label: ‘E…’

Infrared photographs taken in 2014 revealed underdrawing around the oval of the face and lips, although examination with a microscope suggests these outlines were strengthened in previous retouching campaigns. 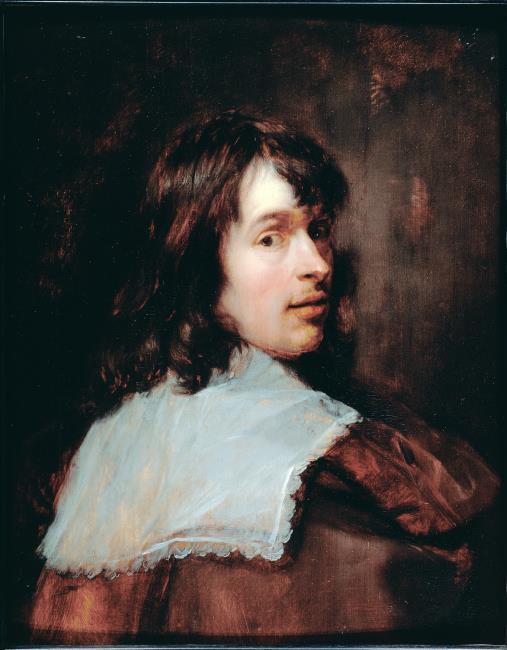 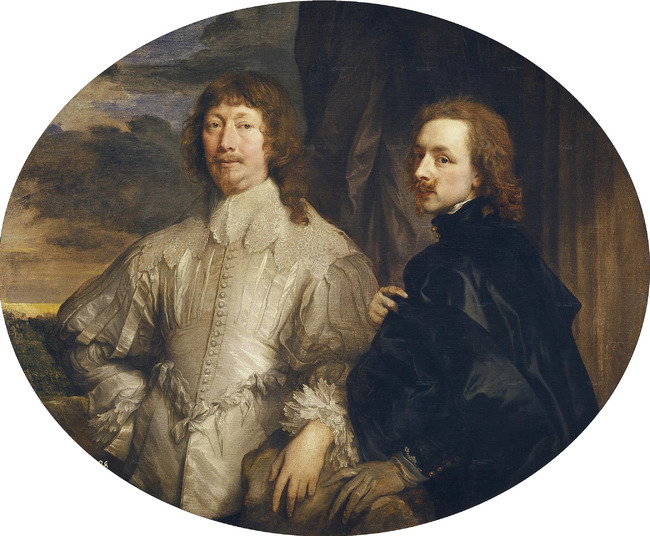 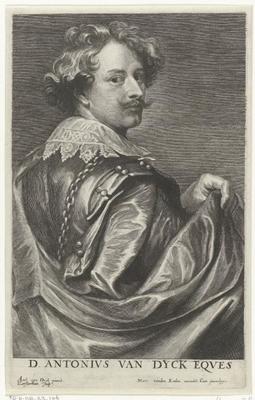 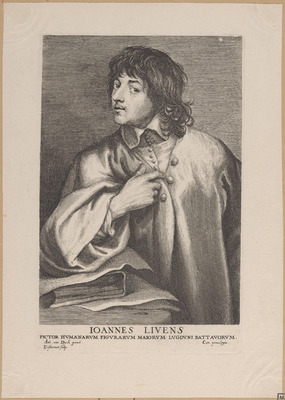 Pickhardt saw similarities between the facial features of this sitter and those of Lievens as depicted by Van Dyck in his Icones engraved by Vorsterman (Related works. no. 4) [3] and the artist’s self-portrait in the National Gallery of Denmark (Related works, no. 5) [4], but concluded that the ‘interpretation as a self-portrait by Lievens remains to a certain extent doubtful’.11

Vlieghe disagreed with the attribution to Lievens, saying that the brushwork is free in some areas and that the face has features that suggest the work of Jan Cossiers (1600–1671). That attribution was accepted by Beresford.12 Cossiers was based in Antwerp and trained with Cornelis de Vos (1584–1651). In the 1630s he was employed by Rubens. He became one of the leading painters of religious subjects after Rubens’s death in 1640.

Lloyd DeWitt suggested that the Dulwich painting was a sketch by the British artist Robert Walker (1599–1658) in preparation for his self-portrait on canvas sold at Sotheby’s in 2006 (Related works, no. 6a) [5].13 Sotheby’s attributed that work to Walker based on its similarity to his self-portraits in the National Portrait Gallery in London (Related works, no. 6b) [6] and the Ashmolean Museum in Oxford. While there are similarities between the Sotheby’s work and that at Dulwich, any resemblance between them and the Walkers in London and Oxford is minimal, and only involves the sitters’ Van Dyckian poses. The former are more lively and spontaneous, the latter somewhat wooden in pose. Interestingly, there were two copies after the Sotheby’s painting at the time in the collections of Dr Franz Oppenheimer and Graf von Schönborn (the latter attributed to Van Dyck in 1894), which Schneider listed incorrectly as copies of the Dulwich picture (Related works, nos 6a.I and 6a.II).

DPG605 is sketchily painted, especially in the coat and collar, but some areas of the face such as the nose and forehead are more detailed. The paint of the lace edges of the collar is freely applied, but with a confident hand. The relationship with the Sotheby’s painting remains unclear, but rather than the Dulwich painting being a sketch for that it is more likely that this is a damaged, unfinished self-portrait by an as yet unknown, but accomplished, Flemish (or Dutch?) artist, who was familiar with the work of Rubens and Van Dyck. 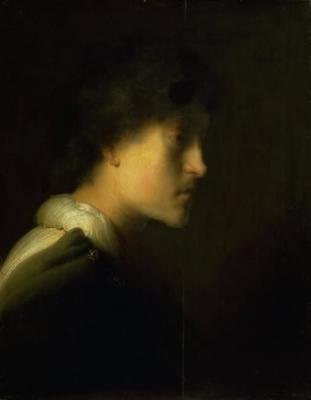 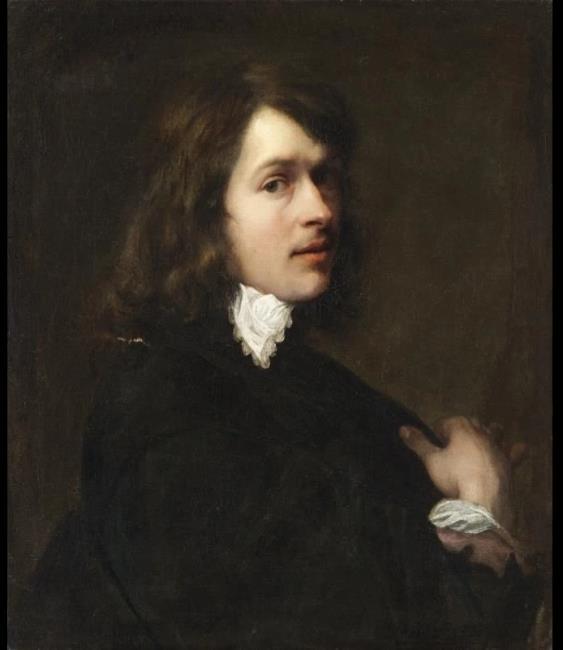 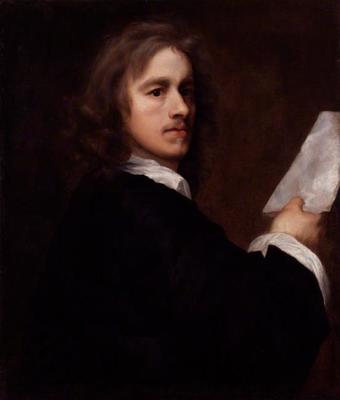