TECHNICAL NOTES
Fine plain-weave linen canvas. Reddish-brown ground. Glue-paste lined; the original tacking margins are missing. Parts of the surface are very worn. There is a very fine network of craquelure over the paint in a predominantly hexagonal pattern, and the central area has slight cupping. The young woman’s face has been altered slightly in the past and still bears remains of overpaint. The varnish is discoloured with a greyish bloom. Previous recorded treatment: 1980, examined, National Maritime Museum; 1988, examined, Courtauld Institute of Art; 1990, flaking secured, surface cleaned and back cleaned, keys secured, N. Ryder.

The painting's condition, with much of the top layer gone, makes a full assessment impossible. The forms of the figures – the elongated woman with a small head, the game dealer, and the little dog – show some similarities to the work of Jacob Ochtervelt (1634–82): the small head of the young lady tilting forward, the long, elegant body that sways back slightly, and the bald, bearded poultry seller resemble those in A Fishmonger at the Door in The Hague (Related works, no. 1) [1]. Susan Kuretsky, however, saw very little resemblance to Ochtervelt’s work.8 There is no greater similarity to any of Ochtervelt’s other works, and an outdoor scene is unusual for him. When the painting entered the collection it was called ‘Gonzales’, probably referring to Gonzales Coques (1614/18–84), as Mrs Jameson in 1842 already assumed, but this cannot be substantiated.

More recently, RKD curator Ellis Dullaart suggested there may be a connection to some paintings by Jacob Toorenvliet (1640-1719), datable to the 1670s. She points at multiple correspondences in terms of composition, subject, costume and position of the young female figure, with for instance The butcher’s shop at the Kunsthistorisches Museum in Vienna [2] and Man selling fish to a customer, offered for sale at Christie’s New York in 2012 [3]. The facial type of the servant in the background, additionally, resembles that in An old woman with vegetables, dated 1677, from an American private collection [4]. Since up to now, no original painting by Toorenvliet has come to light that could have served as the direct example for the Dulwich painting, Dullaart suggests to catalogue the painting as: circle of Jacob Toorenvliet. 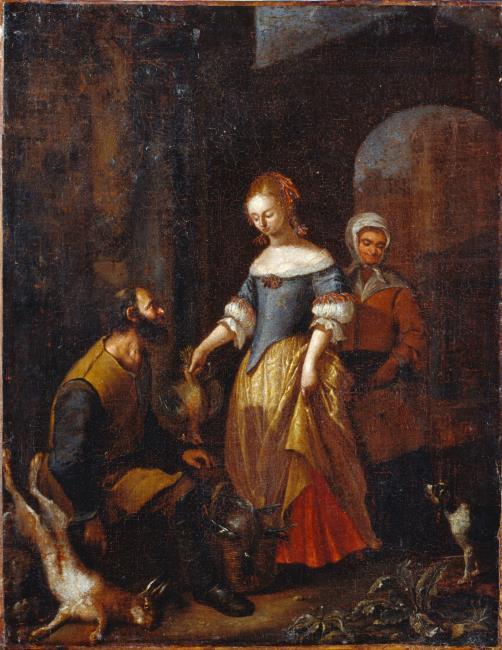 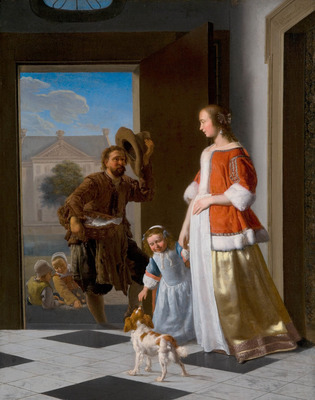 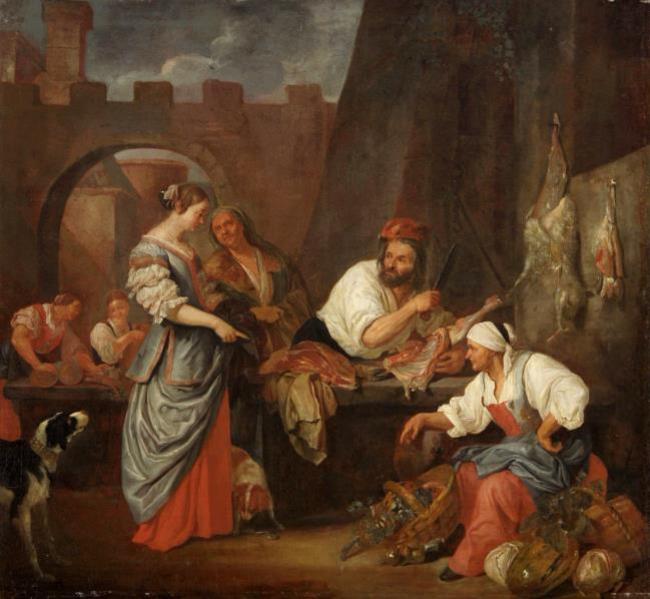 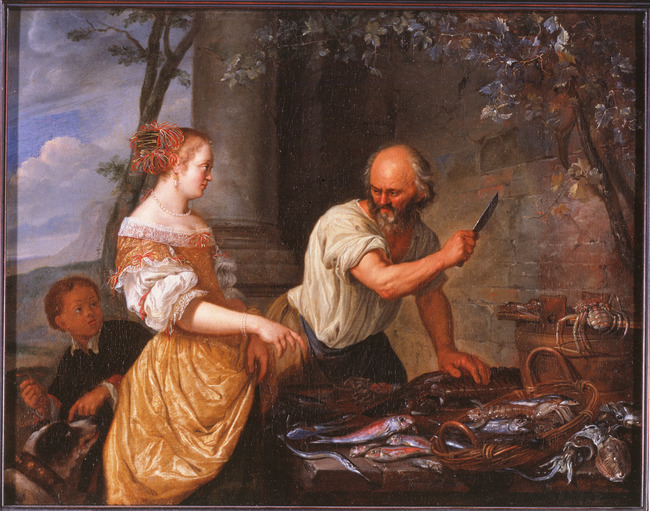 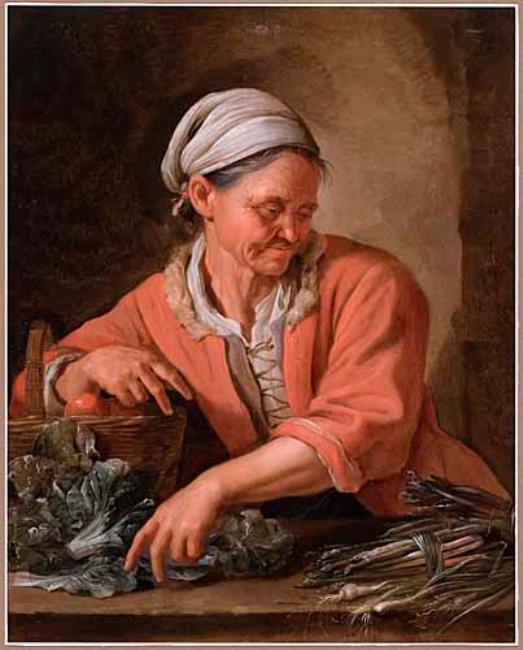 2 ‘A Lady purchasing Game of an old Man. An old man is seated surrounded by game; and a lady, with a female attendant, holding a bird in her hand, is appearing to calculate its value; they are carefully drawn, and naturally coloured.’

3 ‘This is a very pretty little picture, delicately painted; but hardly a fair specimen of the power of Gonzales […] His works are very rare, and little is known of him.’

5 ‘Formerly ascribed to Gonzalez Coques, a Flemish painter, but the picture certainly belongs to the Dutch School.’